This easy chocolate pudding is made with cocoa powder and other ingredients that you likely already have lying around your kitchen. It’s quick, creamy, and smooth. A great last-minute no-bake dessert!

I don’t know what possessed me to go hunting for pudding the other night, but I am so glad I did (and Zach is even more glad). This is the best pudding I have ever had. I used whole milk (though other milks will work) and it gave the cocoa powder such a rich and creamy taste.

Though it was also a huge mistake. Now I have a delicious dessert that takes no time to make and uses ingredients I keep on hand at all times. 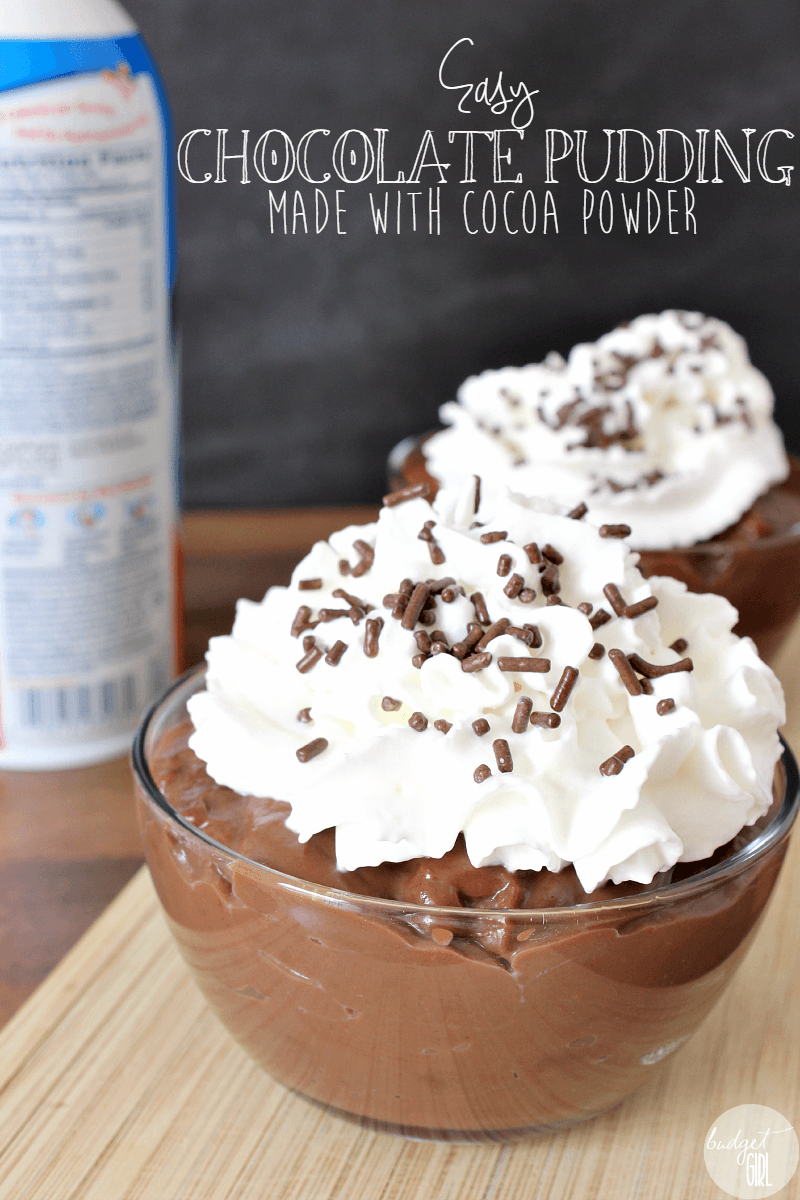 This recipe is actually not my own and I didn’t change anything about it. I’m mostly posting about it because it’s delicious and I wanted to practice my photography. 😛 You can find the full recipe with directions here at Hershey’s Kitchens. 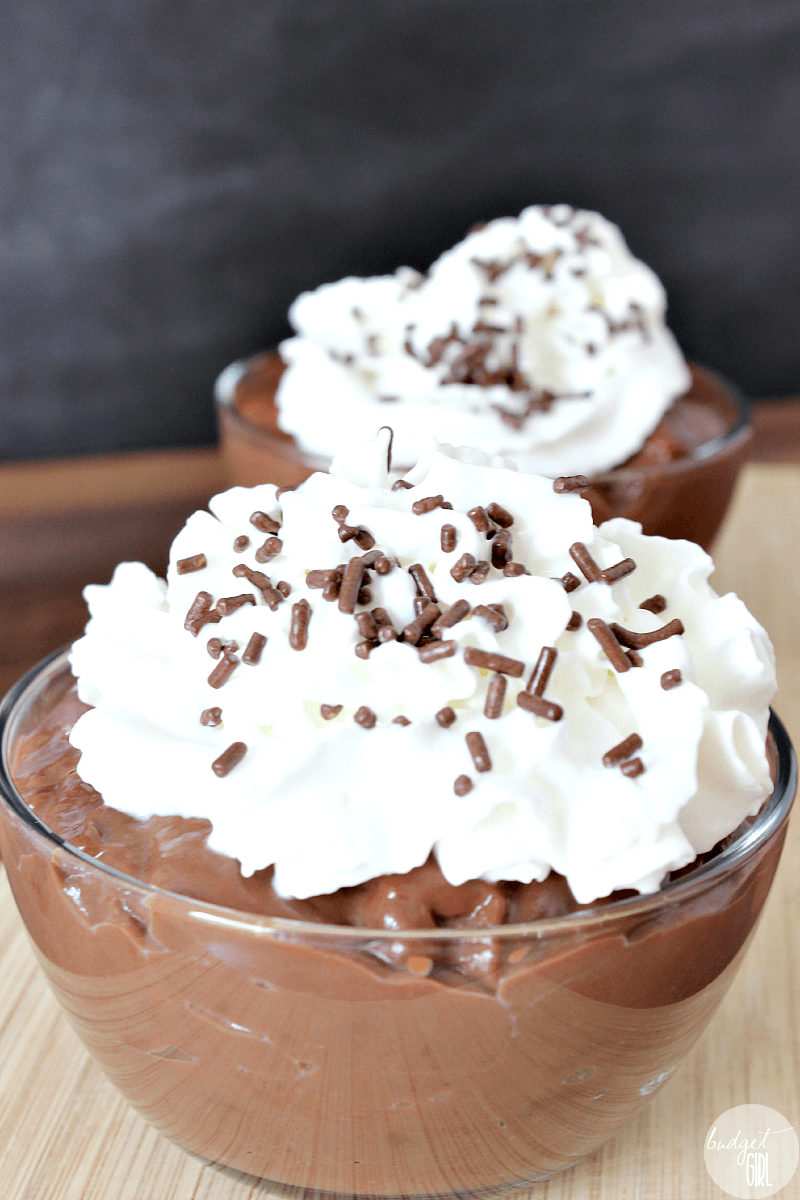 You can probably substitute the cornstarch with flour. Just remember that it takes more flour to thicken a dish than it takes cornstarch. So double the amount you use if you’re going to substitute with flour. Also, flour probably won’t give the pudding the same glossy look.

I actually had to make this twice (oh nooooo) because I screwed up the refrigeration process the first time. My first batch turned out just a little bit chunky because I put it in the fridge without covering it. This created a film that I tried to stir back into the pudding, but it created chunks. It was still delicious.

But I wanted a completely smooth texture for the photos, so the second time I made this, I left it in the saucepan with the lid on while it cooled (instead of putting it in the glasses like I did the first time). That didn’t work, I still wound up with film. 😛 Apparently to avoid that problem, you should cover the pudding tightly with plastic wrap. But I didn’t have any, so this will do. 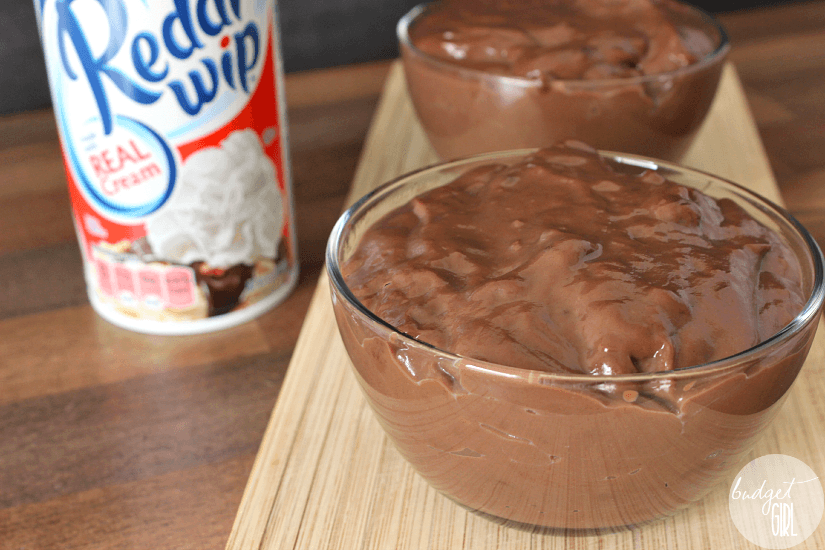 I also didn’t bring the pudding to a full boil the second time, like the directions said to. I brought it to a simmer and then removed it from the heat. As the pudding heats, it gets thicker. As it gets thicker, it retains heat. So once I removed it, I continued whisking and it starting boiling off the heat.

When I boiled it ON the heat, I wound up with a lot of chunks from the film that formed at the bottom of the saucepan (from milk and stuff sticking). Simmering it gave me the same thickness I needed, but didn’t create that film. So my pudding turned out much smoother the second time.

This pudding can be eaten by itself or used as a base for a chocolate cream pie (nom).

Do you have any dangerously easy dessert recipes? 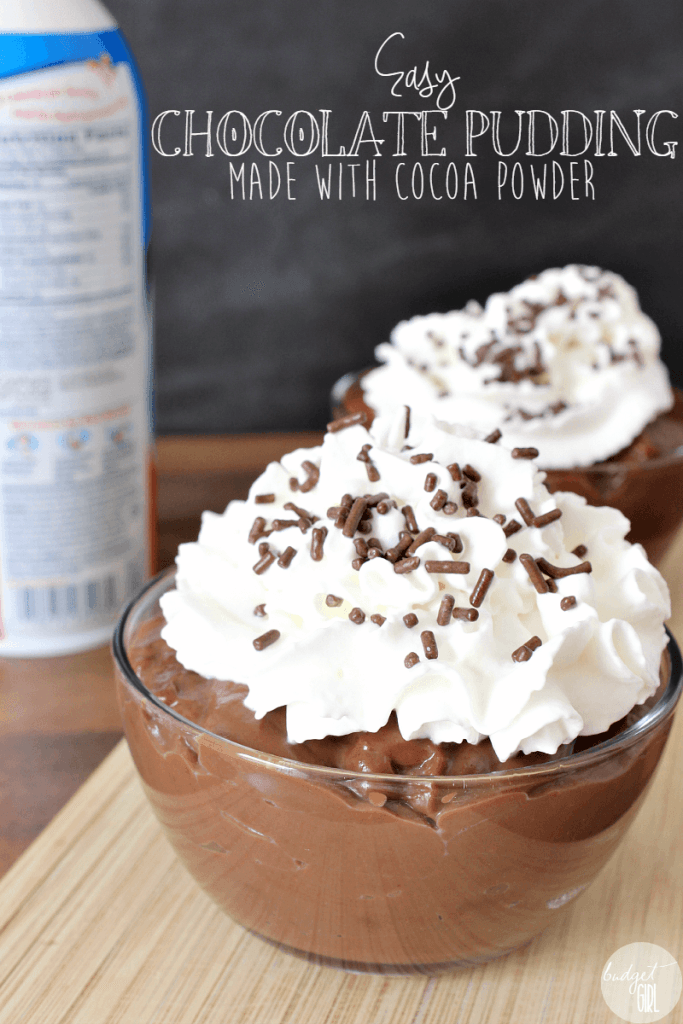 How to Make a Date Night Jar and Improve Your Relationship

I was searching everywhere for a chocolate pudding recipe the other day, too! But I couldn’t find one I liked. Pinning!

Oh, looks so good! Plus, whenever possible I like to make my own desserts too. That way I know exactly what’s in it.

Yeah, that is a HUGE bonus of making your own foods. Plus it’s way cheaper. I almost always have the ingredients I need, anyway. May as well use them, right? 😛

Thank you for this!

I’m an American living in Denmark where instant chocolate pudding doesn’t exist. It’s one of the comfort foods I crave most often and all of the ingredients in this recipe are readily available here, I can’t wait to try it 🙂

Awesome! I’m glad I could help you make the transition a little easier. 😛

Hi Chelsey-homemade is SO much better than store bought-and just as easy as using a box of cook and serve. PLUS homemade has ingredients you can actually SPELL and pronounce, Can’t get much better than that. 🙂

Your photos are amazing-they have me craving some homemade chocolate pudding right now!

Oh my! My children would love me if I made this yummy pudding for them. Thanks so much for the inspiration and for sharing on Show Me Saturday!

Oh my…so delicious! I always get so excited to see what you have brought to the party! Pinned and tweeted. Thank you for being part of our party. I hope to see you on tonight at 7. Lou Lou Girls

WOW I am only 13 but I hope my mom lets me make this for dessert tonight I am practically drooling here!

This looks so good! Pinning and sharing. Thanks for sharing at Totally Terrific Tuesday last week! I can’t wait to see what you have lined up for this week.

Hahaha! Well, if I have to suffer from this incessant need for chocolate, I’m taking all of you down with me! 😛

I just pinned this, it looks so good!!

Yum chocolate pudding is one of my favorite desserts and I already have everything I need in my pantry! Thanks for sharing this, pinned and tweeted!
Katie recently posted…Happiness Is Homemade Link Party #108

Grew up eating this pudding still warm over homemade biscuits, it’s very sweet and delicious and rich ?. I make it for my boys every so often. My mom and her mom call it Coco pudding, I call it breakfast pudding.

Kelly, I’ve never had pudding over biscuits. I’ll have to give that a try! Thanks for stopping in! 🙂