Refinishing a Wood Toilet Paper Holder with a Custom Stain

November is half over which means that, for those of us in the south, it’s rainy and starting to cool down. So I’m trying to get some projects finished in preparation for winter.

My latest was just a simple refinishing. I didn’t even need to sand, since the wood hadn’t been sealed the first time it was stained (thanks, Grandpa). It was an outhouse toilet paper holder my grandfather made when I was a kid. It’s not that old, maybe 15 years, but with me, my brother, and my sister growing up with it…it had seen better days. It was scratched, faded, and the knob on the lid had fallen off at some point. It needed a little work, but not enough to make it a complicated job.

Well, here, you can see what I mean: 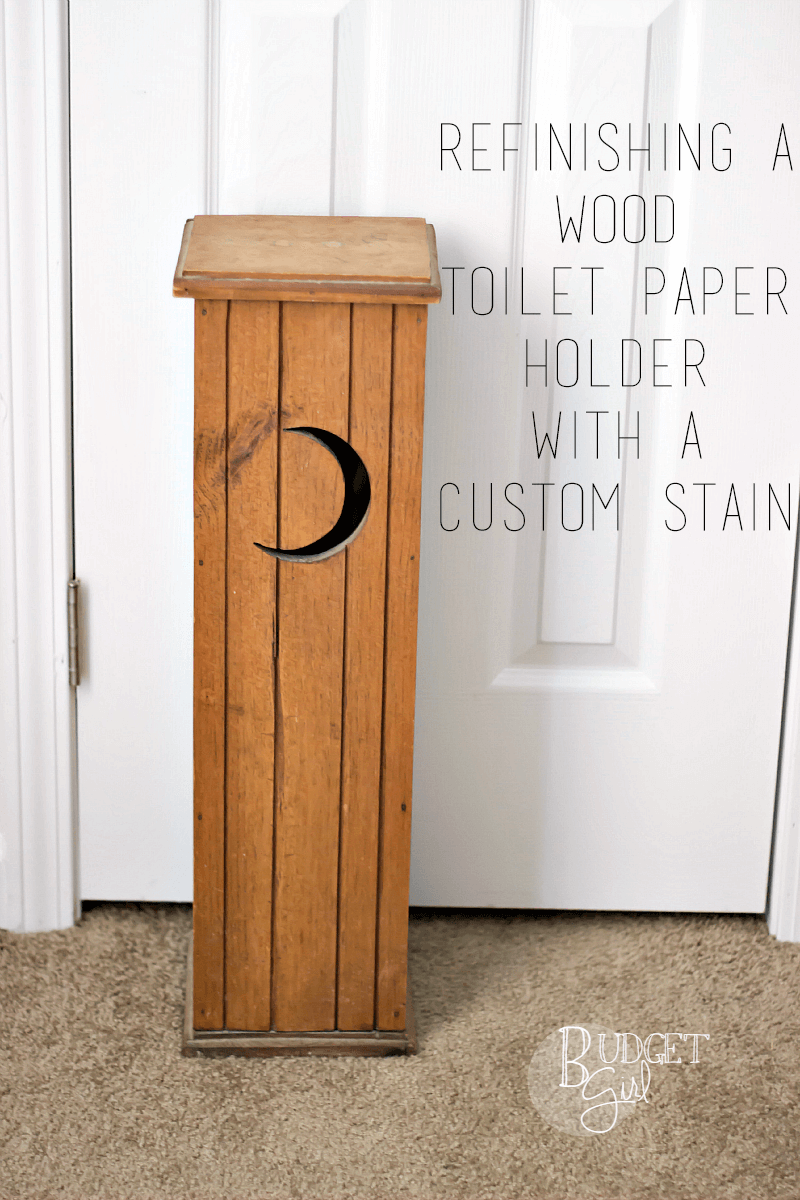 Honestly, this was a project that should have been simple, done in a day, had I not been dead set on a certain shade of stain. 😛

About a year ago, my parents redid their downstairs bathroom. The coolest part of their update was my great-grandmother’s old chest of drawers. My dad sanded it down and refinished it with a stain that he mixed himself. He took red mahogany and black stain and mixed them together. It created this really cool effect. It looked like he had stained the drawers in red and then glazed them in black.

I should have taken a photo, but honestly, it probably wouldn’t do it justice.

Anyway, I loved the stain so they gave me what was left. But I couldn’t think of a single thing to do with it.

And then I wound up with the toilet paper holder and thought, “Yeah, sure.” So I took it apart, cleaned it, and got ready for the staining process. 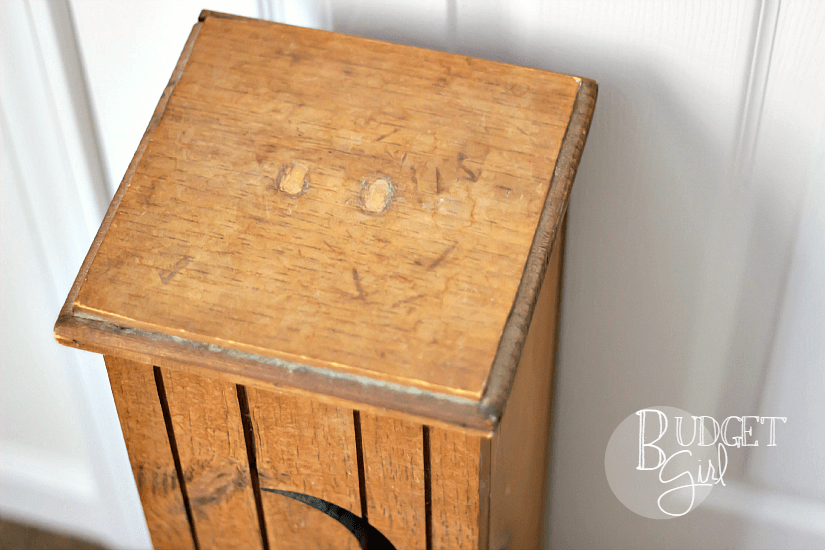 (Note that this photo was taken after the cleaning process. That’s just how worn the stain was.) 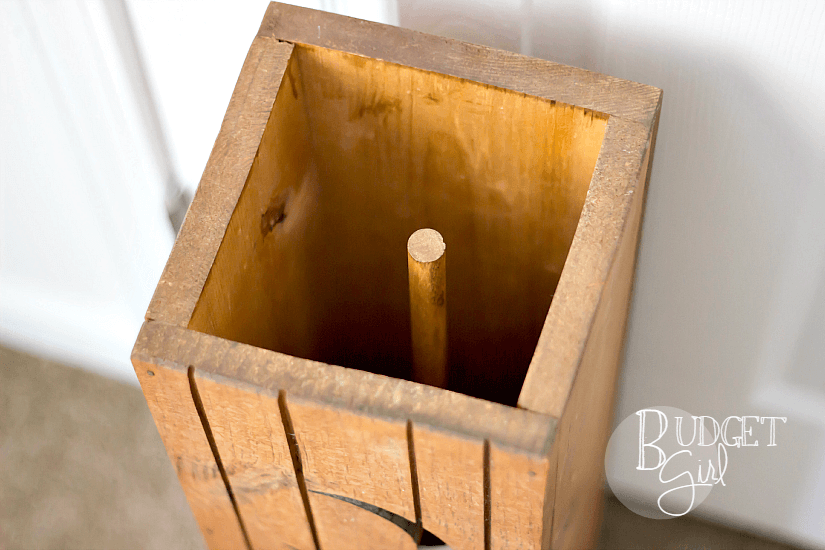 The only problem? The already-mixed stain wasn’t in an air tight container (basically, it needs to remain in the container stains normally come in). So by the time I got around to using it, it had completely dried. Which meant I needed to remix the stains.

I worked on this for about two weeks. Mostly because I got frustrated with the fact that my stain kept coming out purple. So I finally texted Dad and he said that meant I needed more black (I thought it meant I had too much black, which goes to show how much I know).

Adding more black worked perfectly! I tried it on my scrap wood, let it dry, and then added another coat. It was perfect. Maybe not exactly the shade he used on the chest of drawers, but I figured it would be good enough for my project. And I was right! It came out perfectly. 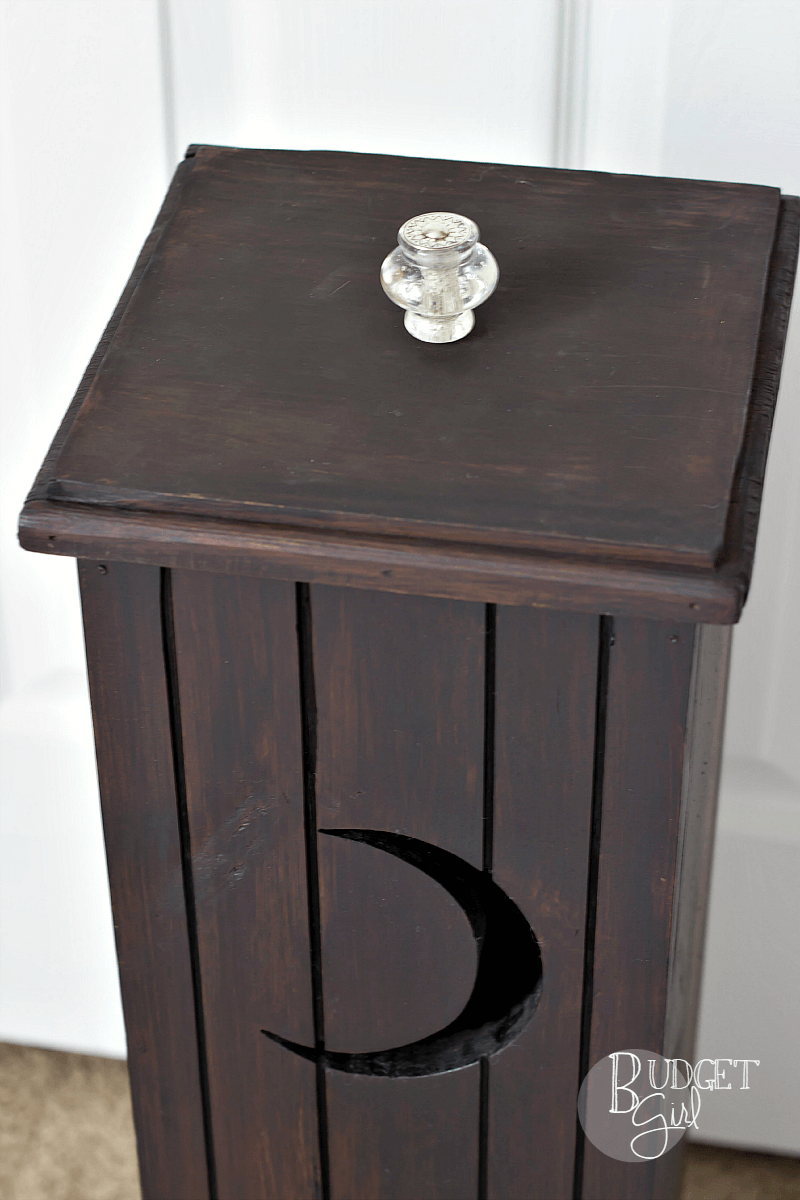 Once the stain had dried, I drilled a hole through the middle of the lid (in hindsight, I should have done this before staining, but it worked out) and I inserted a cabinet knob that I found at TJMaxx a while back. 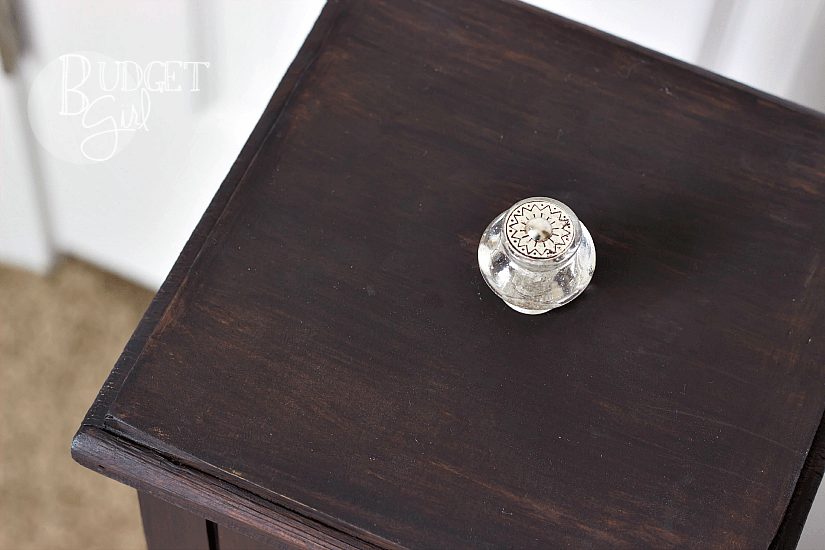 Aaaand done! Honestly, mixing the stain was the hardest part of this project. Though getting the stain into those crevices on the front was kind of difficult, too. I wound up using a q-tip, but I’m sure there’s a better way (like going to Home Depot and getting a thinner brush, actually).

I used one coat of stain and I really don’t think I need a second. What do you think? 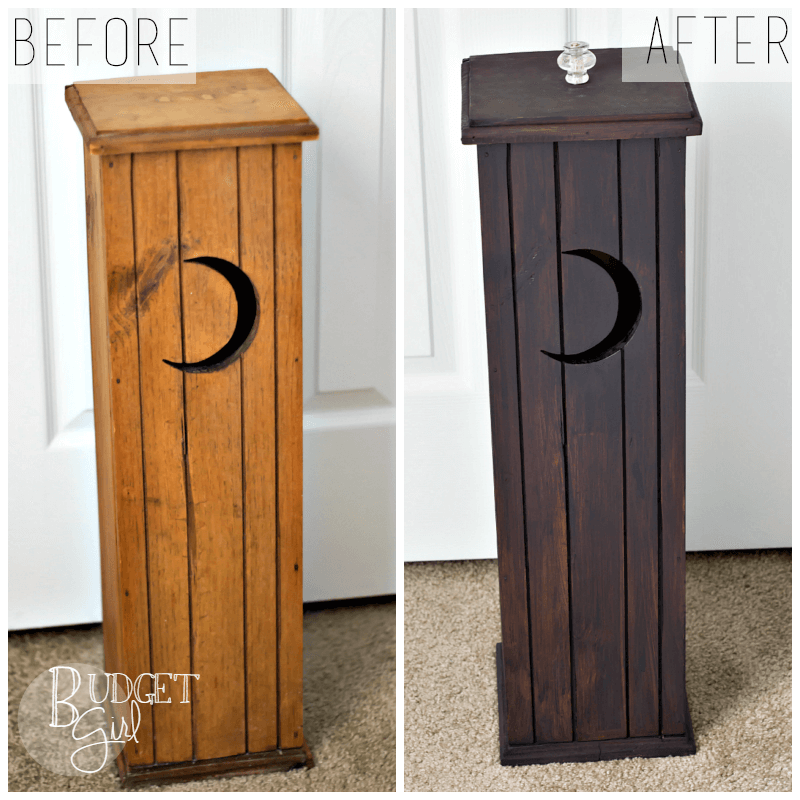 I won’t explain how I did the staining, since I’ve written two posts about staining wood (How to Stain Wood Furniture and 10 Tips for Staining Wood). But if you have questions, leave them in the comments!

How to Get Distressed Picture Frames

How to Paint Plastic Patio Chairs

How to Refinish a Cabinet with Paint...