Most money-saving tips work really well…if you approach them correctly. Here are 4 common myths about saving money that could cost you if you aren’t careful. 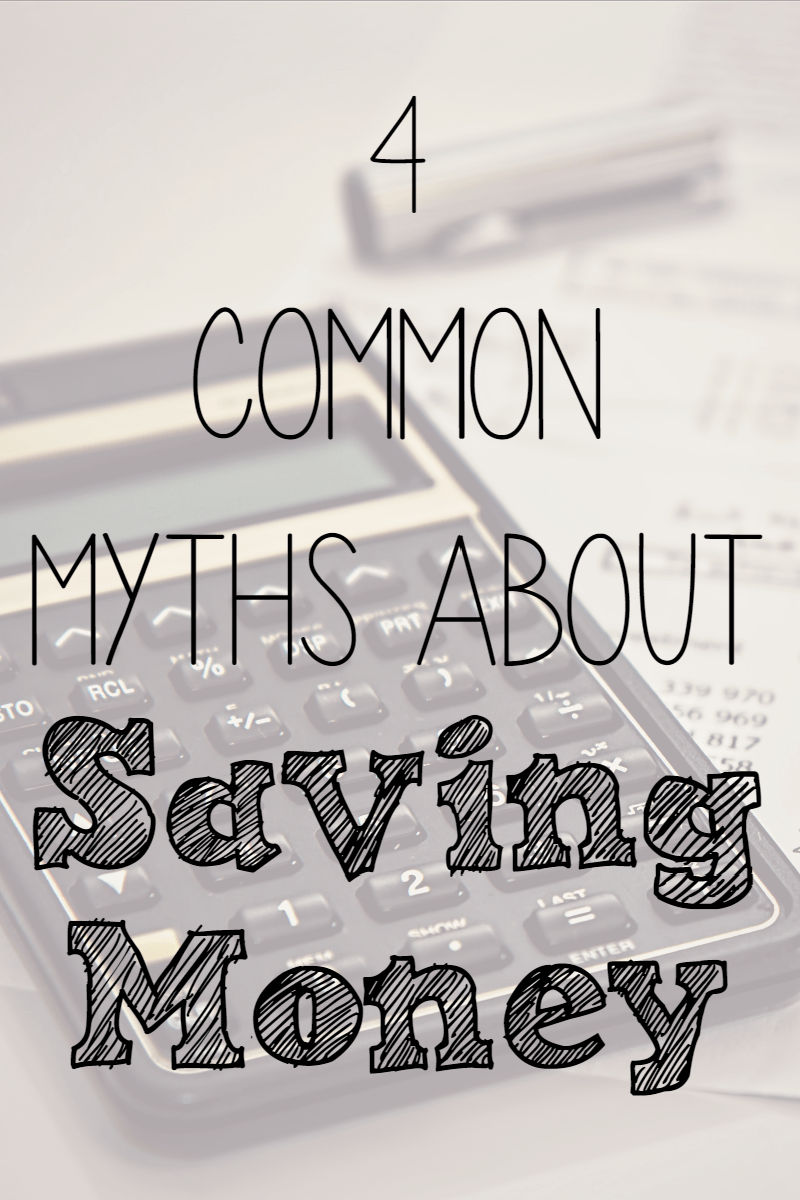 Here’s the thing I hate about couponing–they almost never have coupons for the items I need. It’s always stuff that I’m not going to be buying, like Pop Tarts or special kinds of cereals.

That said, coupons can be great when mixed with other deals…like buying in bulk.

Buying in bulk is all the rage these days, thanks to stores like Costco and Sam’s Club. But buying in bulk is definitely something you have to be careful with. A lot of items aren’t such a great deal.

Items that don’t expire, like toilet paper, dry rice, and beans, are great bulk items. I also like to buy things I use on at least a weekly basis, like diced tomatoes or chicken bouillon. Oatmeal is also usually a good buy, since Zach eats a lot of it.

However, non-essential items like cookies and juices aren’t such a great deal. Plus having them in bulk may mean that you’re consuming them more often than you need to. I’m far more likely to eat a whole box of cookies if I have a whole box on hand. So instead, I just don’t go to the bakery section of a warehouse store, saving me money and calories.

The best way to tell if an item is a good deal is to check out the price per unit, rather than the price you’re paying. It used to be that you had to calculate this yourself, and in some stores you still do. Most stores nowadays, though, have the PPU on the shelf label. I usually find it in the lower left-hand corner.

How do you tell if the PPU is good? Experience, really. Zach and I try to stay familiar with the prices in other stores, so we know when we’re getting a good deal.

Some items that are a better deal in bulk are:

Perishables are only a good deal if you’re going to use them immediately. So unless you can freeze or use them within a couple of days, avoid buying them in bulk.

This depends on where you live. When we lived in West Virginia, the farmer’s markets were really nice and definitely saved us money on produce. Where we live now, many of the ones close to us are more of a leisurely commodity. And often times the quality is either the same or lower than store-bought. Farmer’s markets are fun if you need something to do on a Sunday morning, but for us…they’re also a pain to get to. (The only one close to us that I’ve found–and in all honesty, I’ve stopped looking–runs on a Wednesday afternoon.)

I love DIY. But what I learned about it from just jumping in is that it will most likely not save you money…especially if you don’t know what you’re doing.

Knitting is NOT a cheap hobby (I think I talked about this in 5 Things No One Told Me About Learning How to Knit). I’m not sure why anyone things it is. Yeah, the needles can be cheap depending on what kind you use and where you get them. But I have spent a fortune on yarn. And I’ve done price checks on how much one of those big wonderful blankets would cost me. Knitting it myself would nearly double the price of just buying it. And that’s using the cheap yarns (I don’t have the money to buy those fancy yarns that come in hanks instead of skeins).

I’ve also spend WAY too much money fixing my screw ups. In fact, there are projects I’ve done that you haven’t heard about because I completely failed at them. I spent about $100 on trying to DIY my own nightstands before I finally realized I didn’t have the tools, the skills, or the room (DIYing furniture when you live in an apartment is such a pain). I could either spend even more trying to fix what I’d done (which wasn’t guaranteed to work and also required new tools and materials) or I could give up and cut my losses. I chose the latter and bought some $30 nightstands at Ikea instead.

What money-saving myths have you debunked?

How I Monetized My Blog

These are all great ones. One that I have found that Big Lots and “dollar stores” aren’t always money savers. The two purchases that I made at Big Lots thinking they were great deals, were lower at WalMart – NOT on sale. I’m not a big shopper anyway. I have also seen the same thing at dollar stores. Dollar Tree, where everything costs $1, may equal what you can get at other stores. Whereas some items are just more expensive.

I will have to say though, you can save money through convenience if you are likely to buy almost all of your products from Costco, even if the PPU is not cheaper, may be worth purchasing to not make a second trip somewhere else.
April recently posted…Just Plain Practical and Helpful Parenting Advice {Lose the Cape Review}

Excellent point, April–not making a second trip is also something to consider! I see people buying half their groceries at one place and then driving across town so they can use their coupons somewhere else. But the trip to get there cost more in gas than the coupon saved!

Thanks for sharing..! Actually, the above is really nice tips about saving money.

Sure, I agree with you. Coupon code is really important thing that we could use to save money while buying something.

Actually, I have no experience with buying in bulk.But I appreciate to learn it from here. Thanks for sharing, by the way.

I love what you said here “Tips 3”. You know..? When go to the farmer, we will found a lot products that was really interesting, cheap, and fresh quality. You are the first man that choosing it. LOL

When I read, the last tip of above post. I could recognize a person who do it the best. She is my Mom… you know..? You’ve plant a lot vegetable around the house so sometime we no need to buy it at other place..

Nice tips, thanks for sharing..
Kimsea Sok recently posted…6 Monster Blog Marketing Mistakes You Have to Stop It